Legendary is Set to Return Audiences to Arrakis with 'Dune' Reboot

The Hollywood Reporter broke the exclusive story that Legendary Pictures has acquired the movie and television rights to Frank Herbert’s classic sci-fi series Dune. The move is seen by many in the industry as smart in the current climate of world building narratives that studios are gravitating towards. Herbert himself wrote 5 sequel novels to the original and co-wrote 10 other Dune based novels with his son Brian. With Legendary having both the TV and movie rights to the epic, speculation is that the property will have a shared universe on TV and in theaters. 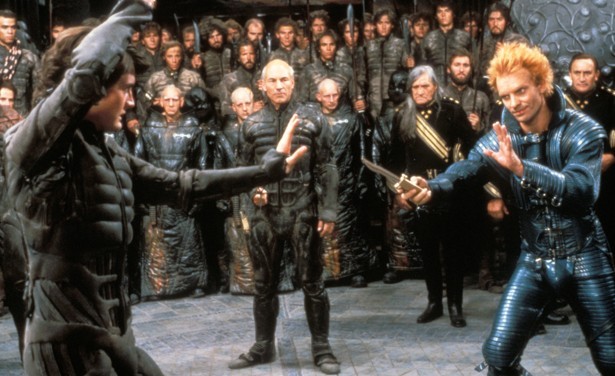 This isn’t the first time Dune has been adapted. David Lynch (Twin Peaks, Eraserhead) was the first director to complete the film in 1984, bringing it in at over 4 hours before studio cuts shortened it to a little over 2. Alejandro Jodorowsky chronicled his failed attempt at making the movie back in the late 70’s in the documentary Jodorowsky’s Dune in 2013. In 2000, the Sci Fi Channel released a three-part miniseries titled Frank Herbert’s Dune based on the first novel.

This is a developing story. Check back with us on Twitter @superpoweredfan or leave comments below.

This story brought to you via The Super Powered Fancast.