NBC has released the first trailer for its new series based on the classic works of L. Frank Baum. The series, titled Emerald City offers a new take on the classic story of Dorothy Gale and her travels through the land of OZ. The series will take place in modern-day Kansas and stars Adria Arjona (Narcos) as Dorothy Gale, a twenty-year old who is swept up into a tornado along with a K9 police dog and transported to a land at war.

The world Dorothy finds herself in is fractured in factions vying for control of the land of OZ and Dorothy must seek the help of the Wizard of Oz, played by Vincent D’Onofrio (Daredevil) in order to get home. Dorothy’s trip is complicated by the discover of a power she doesn’t understand and a destiny that she has been thrust into. 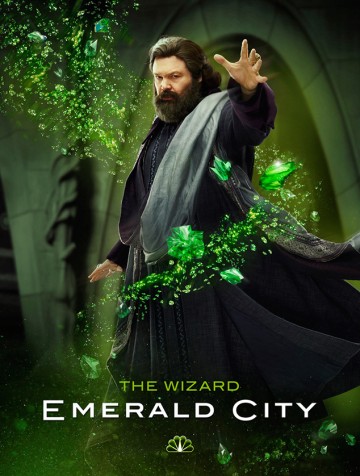 The series is produced by Josh Friedman (War of the Worlds, Avatar 2), Shaun Cassidy (American Gothic) and David Schulner (Dracula) and all 10 episodes will be directed by Tarsem Singh (Mirror Mirror, The Cell). The series premieres January 6, 2017.


Are you looking forward to this new series? Let us know in the comments below or on Twitter @superpoweredfan.

Story brought to you via The Super Powered Fancast.