Which Comic Character Could Aaron Sorkin Adapt to the Screen?

In the interest of full disclosure, I am less than objective when it comes to writer Aaron Sorkin. He is one of my favorite writers across any genre and I have followed him wherever he’s gone in the entertainment industry from network to cable. He always writes complex characters who are given depth and purpose. He crafts worlds in which idealism, civility and service are not abstract concepts to be derided, but virtues to be celebrated. With the recent announcement that the Academy Award winning writer of The Social Network was meeting with both Marvel and DC, my mind immediately started working through the roster of characters that are available and which ones would suit Aaron Sorkin best in my opinion. Here is a list of the properties from both companies that could work well for Mr. Sorkin.

First off, let’s manage our expectations. I’ve watched every movie and television show that Aaron Sorkin has been involved in. I have my box set of The West Wing that I revisit every year (this one especially!) and my Digital copies of the complete series of Sports Night and Studio 60 On The Sunset Strip on Itunes. I started a subscription to HBO in order to watch The Newsroom. I know Aaron Sorkin’s writing and the one thing I can tell you off the bat, broad comedy and action are usually not in his wheel house. Keeping that in mind, here are my thoughts.

Taking into account Sorkin’s lack of action credits, I will tell you why I think he could write an amazing Superman movie. Two elements of Superman’s life that the current iterations seem to lack is any kind of development of the characters that make up his world. Superman’s life as Clark Kent and his interactions with the people at the Daily Planet are the kind of character moments that a writer like Aaron Sorkin could tackle. I know many skeptics would look at this and think he’s going to set the entire movie in the office and make it boring, but I disagree. Part of the reason why Superman/ Clark Kent became a reporter was to be closer to the people that he was trying to help. To learn more about his adopted world and better help the people on it.

The Newsroom is a great example of the kind of idealism that Clark shares about the changing world around him that most tend to scoff at. It would be interesting to see how complex you could make Superman’s life as both a reporter and hero in a world where both of those dynamics are becoming more and more subjective. Can Clark’s idealism work in a world where truth and justice are in the eye of the beholder? It could even mean greater conflict between Clark and Lois. Lois’ cynicism versus Clark’s idealism could be a worthwhile conflict to explore. Sorkin can write office, social, political and personal drama better than anyone. Tackling those themes could do a lot to restore some of the joy to the character that many people feel is missing. 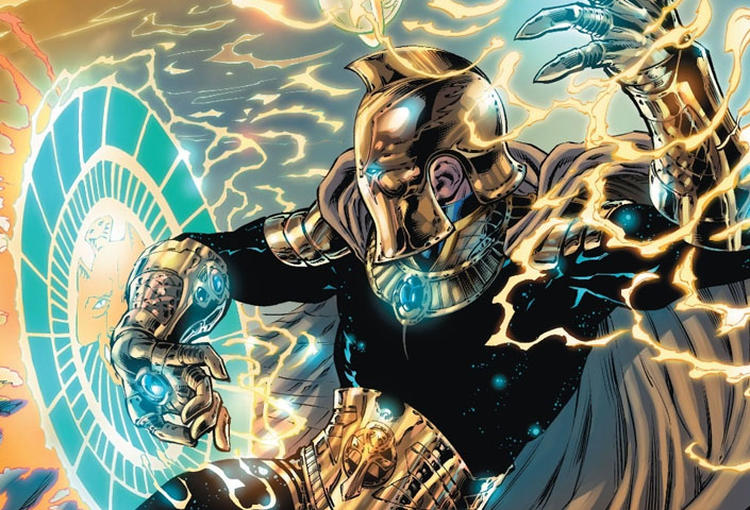 A character driven drama that revolves around the internal struggle of being the embodiment of the mystical God Nabu. Sorkin has experience writing characters dealing with internal struggle and the mystic aspects of the character and his world could be included really well with a competent co-writer, especially one with a history of action or adventure. Sorkin could deliver great character moments and dialogue while the co-writer handles the action beats. Whether they use the Kent Nelson version or the modern version of the characters host Khalid Nassour, Doctor Fate could work on a smaller scale with a competent director.

Like Doctor Fate, someone could else could handle the action beats of the script while Sorkin handles telling the story of Jim Corrigan. Sorkin could absolutely write a deep, character driven story about a murdered cop who is refused entry into the afterlife and consigned to hunting down evil as a spirit of vengeance. The character is rich enough in DC Comics history to have several different stories to pull from but not too big to have been defined by the fan base. Sorkin could tell whatever story he wanted the character and make it compelling.

It goes without saying that Aaron Sorkin can write drama. From The American President to A Few Good Men, the man can dive into the drama of a character and no character in the DC Comics pantheon is more dramatic than The Question. I think Sorkin would have fun diving into the world of an investigative journalist turned vigilante who uses a mask hide his features. One part news drama, one part detective story, The Question is a character that is made for a good writer. Sorkin could even push the narrative further and have Vic Sage involved in a political conspiracy. Another trope that Sorkin is adept at writing. I think if he sat down and started reading Dennis O’Neil’s run on the character from ’87, I think there would be a lot there that a great writer could sink his teeth into.

A Few Good Men is one of the best legal dramas ever written. Jennifer Walters is a highly skilled attorney. I’m sure a writer like Aaron Sorkin could write a film for the character that showcases her prowess both inside and outside the courtroom. A legal thriller with supernatural elements that require She-Hulk to operate in both worlds could be a challenge that the writer might be willing to accept. This would probably be the best use of a West Wing style walk and talk that he could hope for.

Marc Spector is another character who is primed for drama. Like The Question, there are elements to the character that are dark and dramatic. Later incarnations have had Marc dealing with psychological issue associated with being Moon Knight. All of this drama could be explored by a good writer. A story involving mysticism, corporate espionage and psychological drama could definitely be something worth exploring. 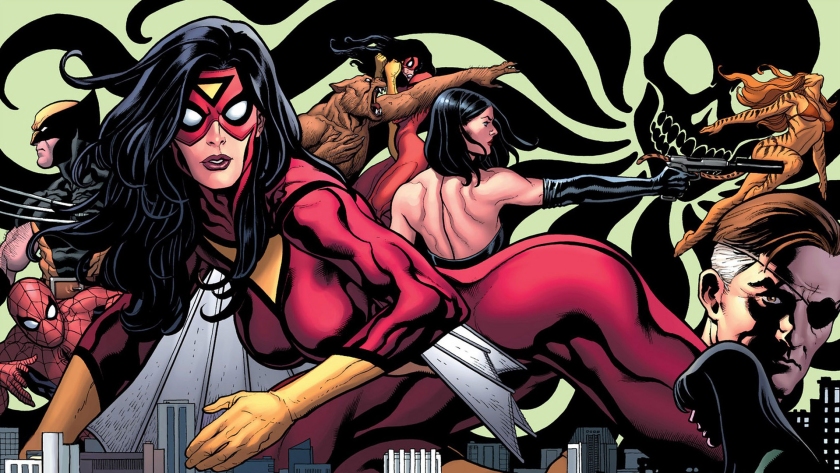 Aaron Sorkin has been accused in the past of not being particularly aware in his writing of female characters. While there are many who disagree, the opinion is out there. I think having him take on the story of superhuman spy Jessica Drew aka Spider-Woman could be a unique challenge that fans could benefit from. The personal drama of a hero who doesn’t know who to trust, including herself. The political drama of constantly questioning her loyalty to the government that she serves. The psychological drama of her constant isolation based on her work and her own sociopathy. All of this is fertile ground for a great writer to till.

Those are just some of the more viable characters that I think Aaron Sorkin could effectively bring to life either on the big or small screen. While it is fun to speculate, these are my thoughts alone. I decided to go with individual characters with this editorial. While the writer is best known for his ensemble dramas, there aren’t that many from either company that I think would be viable for interpretation.

What are your ideas? What character do you think Aaron Sorkin could bring to life for either Marvel or DC Comics? What team would you like to see him tackle? Let me know in the comments below.