The next DC Comics show to hit the CW is underway in Atlanta and we have a look at the hero in his uniform.

Black Lightning is the latest entry into the Berlanti-verse and filming is currently underway. As a treat to fans, The CW and Warner Brothers Television have released the first image of series star Cress Williams suited up as the title character. Williams plays Jefferson Pierce/Black Lightning in the series. The costume is interesting. While it has the overall look and design of the comic book, there seem to be some techno aspects to it that hopefully will be explained in the series itself. 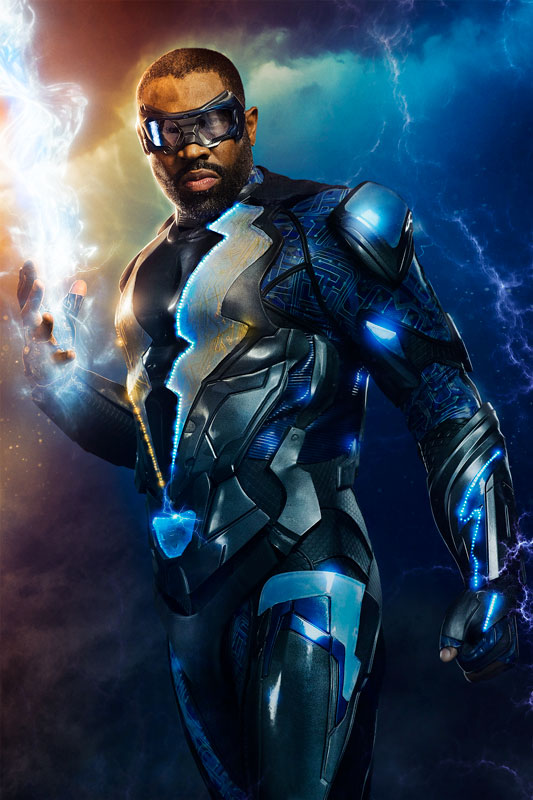 The costume for Black Lightning was designed by Laura Jean Shannon, whose many film and television credits include the upcoming Jumanji sequel, The Jungle Book, Scott Pilgrim vs. The World, Blade: Trinity, Good Girls Revolt and Iron Man, for which she was nominated for a Costume Designers Guild Award.

The first African-American DC Super Hero to have his own stand-alone comic title, BLACK LIGHTNING is based on the character created by Tony Isabella with Trevor Von Eeden in 1977.

Jefferson Pierce made his choice: he hung up the suit and his secret identity years ago, but with one daughter hell-bent on justice and the other a star student being recruited by a local gang, he’ll be pulled back into the fight as the wanted vigilante and DC legend — Black Lightning.