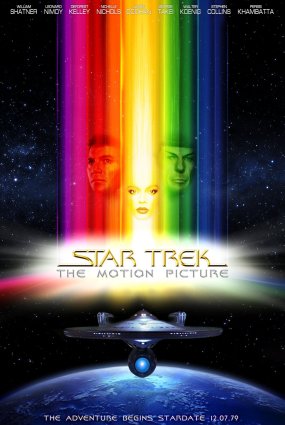 I have been a Star Trek fan for as long as I can remember. I would watch reruns of the original series with my dad and I loved the world that Gene Roddenberry created.

The original Star Trek series ran from 1966 to 1969 and after it was cancelled, there was a concerted effort by both the fans and the creator to bring the series back. Paramount agreed to make a new series in 1977 called Star Trek: Phase II, but they scrapped that idea and agreed to produce a feature film in 1978. The film, based on the pilot episode called “In Thy Image” went through several revisions before being handed over to Robert Wise, two-time Academy Award winning director of West Side Story and The Sound of Music. Now Wise was not a stranger to the genre, having directed the original  The Day the Earth Stood Still and The Andromeda Strain, so many people had high hopes for what he could bring to the Star Trek universe.

What follows on the screen is a film that is not particularly bad, but also not particularly good. To put it in perspective, Star Trek was and is such a global phenomenon that some of the greatest science fiction writers submitted scripts for a full length Star Trek movie. Ray Bradbury (Fahrenheit 451, The Martian Chronicles) wrote a script for this movie and I would love to know what his take would have been. 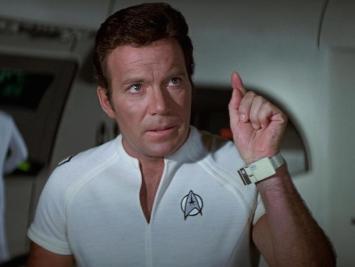 It’s been years since Kirk, Spock and McCoy were on board the USS Enterprise. Their five-year mission long over, Kirk (in this weird short-sleeved shirt that makes it look like he’s getting ready to hit the clay at Wimbledon) has been promoted to Admiral and is Chief of Starfleet Operations in San Francisco.

Spock has left Starfleet and returned to Vulcan to take part in a ceremony that will purge him of all emotions, which apparently consists of other people face palming him. 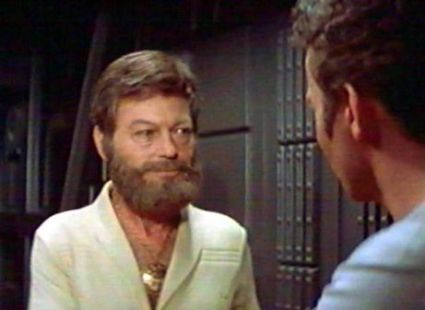 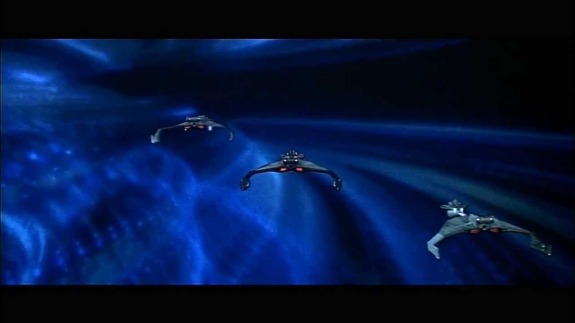 It doesn’t end well for them.

A Starfleet monitoring station near the Klingon border detects the cloud as well and determines that it’s on a direct path to Earth. While the bulk of the fleet are dispatched throughout the galaxy, the only ship that can intercept the anomaly is the USS Enterprise being refit in dry dock. I’ve said this before on social media, but the biggest problem that I have with this movie is that for 36 minutes, the USS Enterprise does absolutely nothing.

Will Decker has been named the new Captain of the Enterprise and he is overseeing the refit himself with the remaining members of the original crew when Kirk takes over command, alienating Decker. Kirk is unfamiliar with the new systems of the ship and tells the crew that the systems will be tested en route to intercept the anomaly. This order leads to not only the death of two crew members during a transporter accident, but the ship is almost destroyed after entering a wormhole.

Spock comes back aboard after feeling the telepathic pull of the entity in the anomaly and then we’re introduced to this chick. 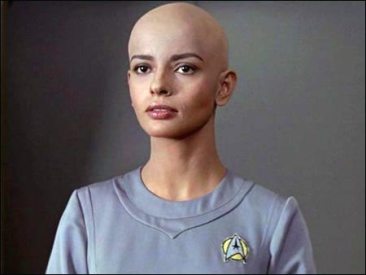 Lieutenant Ilia is a Deltan and the navigator on the ship. Apparently, Deltans are very sexual creatures, which is why everyone stares at her every time she enters the bridge. Keep that in mind, there is a lot of staring in this movie. After watching this film last night, I think there are more shots of staring crew members than actual dialogue. Ilia and Decker have a past (they had sex, I guess) and it ended when she took a vow of celibacy upon entering Starfleet. After more staring, the Enterprise comes upon the cloud. You would think that the film would get more exciting at this point, but then we are treated to the cloud scanning the ship, taking Ilia and replacing her with a duplicate Ilia with a jewel in her throat, a robot voice and less clothing. 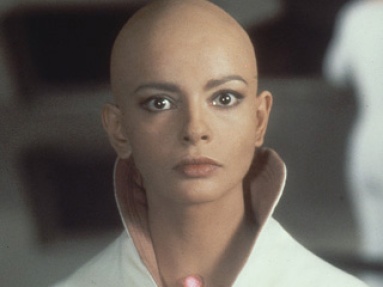 Kirk has Decker spend time with the duplicate who appears to have Ilia’s memories and refers to Decker by name instead of designation. Ilia says that she is a representative of V’Ger, the entity at the center of the cloud. Spock goes on a spacewalk and attempts to mind meld with V’Ger, where he discovers that it is a living machine. Next comes a sequence so mind-numbingly boring that I can only equate it to watching other people watch a colonoscopy. The Enterprise literally penetrates the cloud and starts flying (slowly) down a winding tunnel, like an anal probe. Seriously, watch the video below. It is a four-minute sequence showing the ship traveling along with everyone staring ahead, saying nothing.

At the end of this sequence, the ship is poised outside what looks like a prolapsed anus before they finally decide to enter the final galactic butthole. What follows is Kirk, Spock McCoy, Decker and “Ilia” doing way to much unnecessary walking for people with access to teleportation technology. When they finally arrive, they discover that V’Ger is actually an old Voyager type space probe launched from Earth. They discover that the probe was lost, found by an alien race of sentient machines and upgraded to fulfill its mission of returning to its creator and delivering the information that it’s learned.

Really think about that. An advanced alien race of machines basically took an 8-track player, gave it a brain, advanced technology and weapons and sent it back to Earth. Why this doesn’t raise a million red flags with Kirk and company is beyond me, but they attempt to negotiate with the thing and even attempt to repair it so that it can finish its mission.

The only solution that they actually come up with after the probe goes nutty and threatens to destroy all life on Earth is to sacrifice Decker by having him space bone Ilia until they bond together.

Eventually the two of them have a space orgasm that pushes the Enterprise back into space where we get another beauty shot of the Enterprise moving really slowly.

So there you have it. Not the best Trek film, but not the worst. As a first attempt at bringing Gene Roddenberry’s vision to the screen, it wasn’t that bad. The worst I can say about the movie is that the concepts that Roddenberry wanted to bring forth in this film would have been better served on a television format. These are just my opinions. Take them with a grain of salt and watch the movie for yourself. It’s available on Netflix streaming and every other streaming service, I think.

Next, I will recap one of my favorite films in the series Star Trek II: The Wrath of Khan and attempt to explain the theory of even number Star Trek films being better than odd-numbered ones. Please leave comments below and tell me what you think.