The anticipated reveal of Steve Rogers as a Hydra Agent has been something that permeated much of the year in Marvel Comics. After the revelation that all of Steve’s machinations, his agenda and his ties to Hydra would be revealed in Secret Empire, Marvel Comics fans wondered what this would mean for the rest of the heroes of the Marvel Universe. 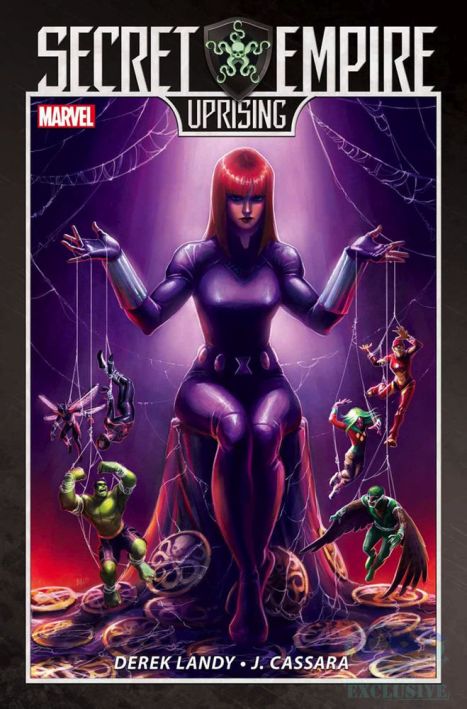 Uprising will focus on the younger heroes as a team featuring Miles Morales’ Spider-Man, RiRi Williams’ Ironheart, Wasp, Falcon, Vision and Amadeus Chang’s Hulk band together to take on a highly sensitive and dangerous mission. What makes this story unique is that the person bringing them together and giving them the mission is none other than Black Widow.

Underground will feature a group of more seasoned heroes taking on a mission outside of the Hydra controlled United States. Quicksilver, Mockingbird, Sam Wilson, Ant-Man and Hercules are on a mission in the Savage Land to find something that could end the Hydra threat altogether.

United will be a book depicting open rebellion within the U.S. Already considered outlaws and outcasts, Emma Frost decides to use her skills as former X-Men leader to raise a group of mutant outlaws that will fight for her in open rebellion to the Hydra agenda.

Are you looking forward to Secret Empire this May? What do you think of the story and how it’s shaping up? Let us know in the comments below.