A new change is coming to the CW and to the four night prime time DC dominated schedule.

The DC television universe has dominated the landscape on the CW network with the addition of Supergirl coming over from CBS. With this addition, there has been a DC Comics shows on Monday through Thursday night in prime time. This culminated into the much hyped and successful four night crossover event that aired last November. 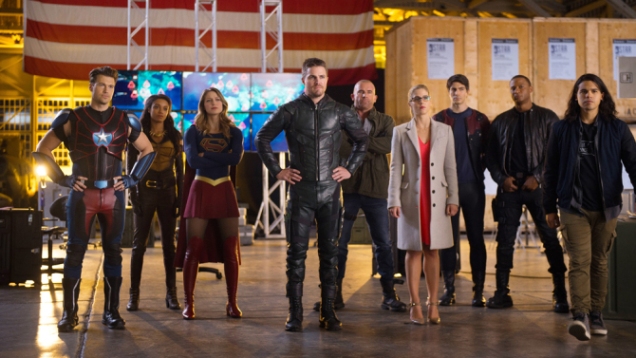 In a move that has some fans scratching their heads, the CW Network is moving Legends of Tomorrow to a new night per this promo.

So Legends of Tomorrow returns Tuesday, January 24 at 9:00 following The Flash. While many see this move as a way of quietly burning off the rest of the season before canceling the series, there are some who see the temporary move as an opportunity to increase the shows ratings with the successful Flash series as a lead in. Legends of Tomorrow is making way for Freshman series Riverdale to premiere and find its audience. The series, based on the Archie comics character and his world is set to premiere Thursday January 26th.

What do you think of Legends move to Tuesday? Will you follow the show to its new night or will this be your opportunity to finally catch the show? Let us know in the comments below.