On the one year anniversary of David Bowie’s death, I find myself sitting in my office listening to his catalog and thinking about the man himself. David Bowie was iconic, eclectic, original and otherworldly in both his persona and his performances. This otherworldly persona seemed tailor-made for film and his choices of roles always seemed to be outside of the proverbial box. As varied as his film performances were, I want to focus on three roles that solidified his presence in the science fiction/ fantasy world.

This film by Nicolas Roeg (The Witches) is about an alien named Thomas Jerome Newton (Bowie) who lands on Earth in order to find a way to transport water back to his drought-ravaged planet. While on Earth, he invents technology that advances humanity while making him wealthy. While he continues to develop the technology necessary to transport water back to his planet, he befriends and even has romantic relationships with the people in his life. Bowie is brilliant in the role of Newton and he deftly exudes both an alien-like  detachment from humanity, but also a curiosity that is conveyed in the characters personal interactions. There are even moments where his real-life persona of successful rock star seep in when the character becomes obsessed and addicted to alcohol and other excesses. 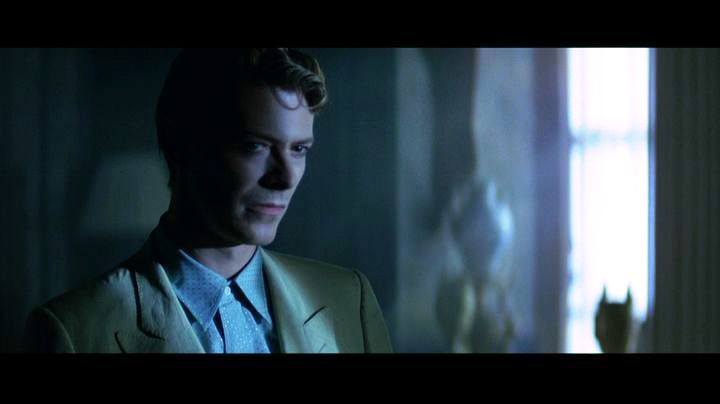 At the heights of his success in the 80’s, Bowie starred in this thriller directed by Tony Scott (Crimson Tide/ Enemy of the State) about a vampire played by Catherine Deneuve who marries a talented 18th century cellist named John (Bowie). John has been promised eternal life by his new bride after they fall in love. Two hundred years later, John begins to feel strange. He realizes that his new wife has lied to him and that he may have the gift of eternal life, but not eternal youth as he begins to age faster and faster. Bowie shows in his role as John both the potential for innocence, but also the undercurrent of seductive menace as he kills his victims to try to retain his youth. 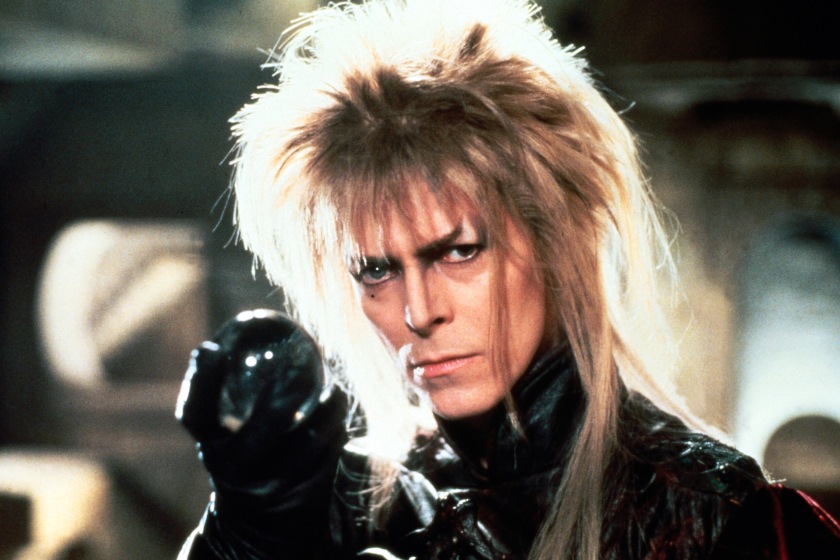 Bowie’s most well-known role is probably in this Jim Henson directed fantasy film. Bowie not only played the lead character, but also provided the music as well. The movie is about a young girl named Sarah, played by Academy Award winning actress Jennifer Connelly, who loves the fantasy worlds that she creates until they become real in the form of the Goblin King Jareth (Bowie). Jareth has kidnapped her infant step bother and gives her the choice to follow him back to his world to retrieve him. She is given the challenge of making her way through the labyrinth that surrounds the Goblin City in order to retrieve her brother. Along the way, Sarah befriends some of the inhabitants of the labyrinth while also being constantly thwarted by Jareth and his forces. Bowie is both captivating and menacing in this role that garnered the film cult status after its initial release.

What are your favorite David Bowie performances? Are you a fan of any of the films that were mentioned above? What did you think of them? Let us know in the comments.