The last time we saw Gorilla Grodd, he was transported to Earth 2 and deposited outside the borders of Gorilla City. This season we will see the return of Grodd on The Flash and his return will introduce us to a new hero.

Grodd will be featured in a two-part episode that will be the 13th and 14th episodes of the third season. While there is currently no news regarding the plot of the episodes, we do know that the episode will feature Gorilla City and its leader Solovar. We also know that Solovar will be voiced by none other than Keith David.

Keith David is known for his acting roles in films like The Thing and They Live. He is also known for his impressive resume of voice over work. He was the voice of Spawn in the HBO animated series, Goliath in the Disney series Gargoyles and Doctor Facilier in The Princess and the Frog.

Solovar was created by John Broome and Carmine Infantino and is one of The Flash’s earliest allies, debuting in The Flash #106 in 1959. He is the ruler of Gorilla City and well-loved by his people. He is part of a race of hyper-intelligent gorillas who live in a hidden city that has developed advanced technology. He is unchallenged in his rule due to his strength, wisdom and psychic powers. He is wary of the outside world, but often tries to seek peace with the humans while defending his home and its technology from invaders. 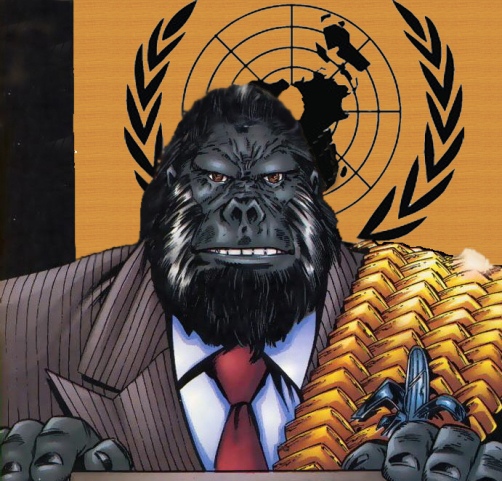 No airdate has been given, but we will keep you updated on any news.

Netflix Cancels ‘Dark Crystal: Age of Resistance’ after One Season

Universal Releases Trailer for The Croods: A New Age