Possible Avengers: Infinity War Casting Call Confirms one Character and the Return of Another

An open casting call description has seemingly confirmed some information about the upcoming Avengers: Infinity War film as well as the next Untitled Avengers Film currently in pre-production.

According to moviecastingcall, Avengers: Infinity War will start filming in January 2017. According to the site, the Russo brothers will be filming both Infinity War and the Untitled Avengers film concurrently starting in Atlanta at Pinewood Studios. The article confirms the return of the original Avengers cast, as well as Black Panther, Ant-Man and the Guardians of the Galaxy. New faces have been added to the cast as well in the form of Benedict Cumberbatch returning as Doctor Strange and Benedict Wong as Wong will be appearing along with Karen Gillan as Nebula. Conspicuously absent from the cast list is Tom Holland’s Spider-Man.

The news that will get fans excited is the inclusion of Academy Award winner Brie Larson as Captain Marvel/Carol Danvers to the cast list. It seems like she will be introduced in this film before her solo run, but that’s speculation at this point. 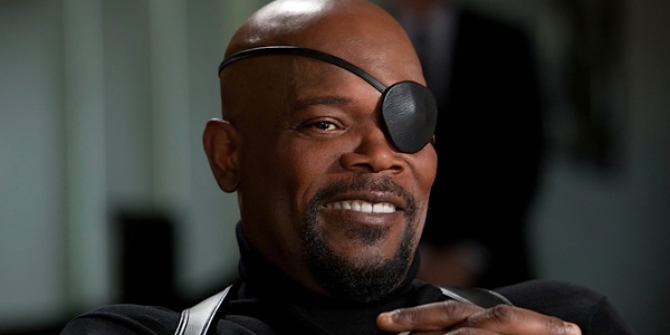 Another character is confirmed to be returning to the fold and that is Samuel L. Jackson returning as Nick Fury. The last time we saw the former Director of S.H.I.E.L.D, he was on a recovered helicarrier with a loyal crew including Maria Hill. What he’s been doing ever since is a mystery. A mystery I am interested in seeing solved.

None of this information has been independently confirmed but it is interesting information if true. Let us know what you think.