Marvel’s Agents of S.H.I.E.L.D is currently in its fourth season. Netflix continues to have success with their Marvel series with Iron Fist currently running and the announcement that The Defenders will premiere this August. With the Punisher already filming for Netflix, Inhumans set to debut this fall and casting for Runaways completed for Hulu, there are multiple Marvel Television productions underway. With the addition of the Cloak and Dagger series on ABC Freeform, many wondered what else Marvel and Disney could surprise us with. Well, the House of Ideas just offered another one.

The Hollywood Reporter got exclusive information that ABC Freeform has ordered straight to series a new Marvel series and their first comedy. Coming soon Marvel fans will see the New Warriors grace the small screen in a new series from ABC’s Freeform network. The series will feature characters from the comic series that have yet to be announced, but they did announce that fan favorite character Squirrel Girl will be on the series. Head of Marvel TV Jeph Loeb weighed in. “Marvel’s New Warriors have always been fan favorites and now particularly with the addition of Squirrel Girl, they are Marvel Television favorites as well,” Loeb said. “After the amazing experience we’ve had with Freeform on Marvel’s Cloak & Dagger we can’t think of a better place for our young heroes.” 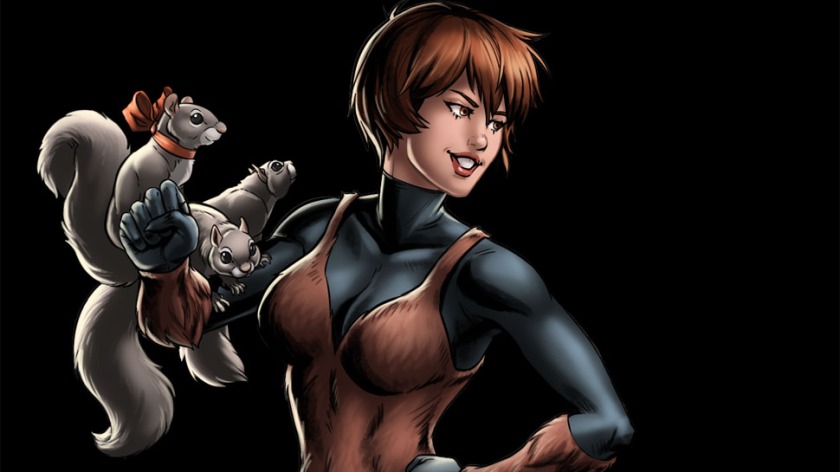 A series description released by Marvel states: “Marvel’s New Warriors” is about six young people with powers living and working together.  With powers and abilities on the opposite end of the spectrum of The Avengers, the New Warriors want to make a difference in the world… Even if the world isn’t ready.  Not quite super, not yet heroes, “Marvel’s New Warriors” is about that time in your life when you first enter adulthood and feel like you can do everything and nothing at once — except in this world, bad guys can be as terrifying as bad dates.

The series also boasts an impressive comedy pedigree in its showrunner with the choice of Kevin Biegel to write the pilot and executive produce the series that will have a ten episode run on the channel. Biegel is a comedy veteran having been both a writer and producer on the hit series Scrubs and Cougar Town. According the writer, he is a fan of Marvel comics and the character of Squirrel Girl. He will be joined by Jeph Loeb and Jim Chory as Executive Producers.

With the announcement of this series, casting should follow pretty soon. I will continue to monitor this story and bring you any news that I find.

What do you think of a New Warriors series? Are you a fan of Squirrel Girl? Let me know in the comments below.