Warner Brothers and DC Films have been making some huge announcements recently and today is no different. In a move that is sure to stir up the Geek Hive, DC Films announced the writing team for the upcoming Green Lantern Corps movie.

He also equated any fan who has heard of Martian Manhunter with those who haven’t been laid.

Justin Rhodes is a relative newcomer. His previous work includes writing and directing the 2008 film Contract Killers and writing the screenplay for the movie Grassroots starring Jason Biggs (American Pie). David S. Goyer has a history in the comic book movie genre. He wrote the movie Blade and the screenplays for Batman Begins and Batman v Superman: Dawn of Justice. 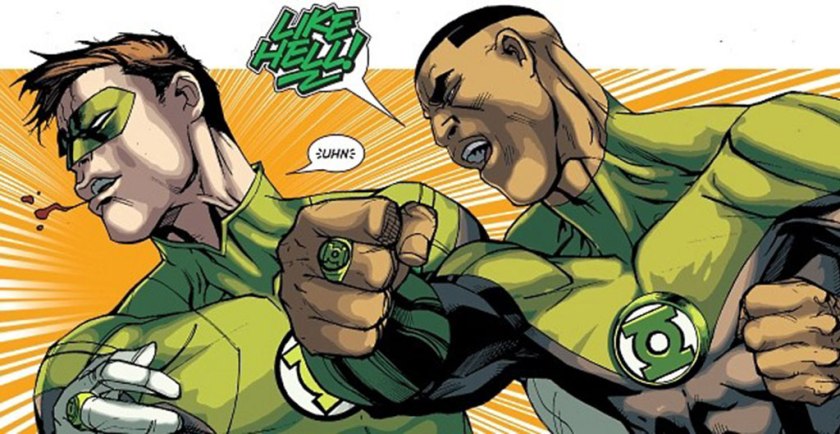 No casting information has been given, but according to DC, the film will feature Green Lanterns Hal Jordan and John Stewart in a buddy cop, “Lethal Weapon” type of story. Jordan has always been the hot-shot pilot, as portrayed in the books, while Stewart is the tough no-nonsense former military sniper. It will be interesting to see how Goyer tackles this dynamic as well as the rest of the material as he seems to have some aversion to the color  green.

Green Lantern Corps is due to be released in 2020.