George Takei has won many hats during his long and illustrious career. He has been an actor, an advocate and an inspiration to many. To Star Trek fans, he will always be the immortal Hikaru Sulu. In real life, Takei has experienced something that not many people can understand and he will be bringing that story to life for a new generation of fans.

Mr. Takei has partnered with comic book Imprint IDW for a graphic novel that chronicles one of the darkest moments in American history. A moment that the 79-year-old actor is intimately familiar with. Takei was born in 1937 in California. After the bombing of Pearl Harbor by Japanese forces, many Japanese citizens were forced to leave their homes in the states and relocate to Internment Camps, losing homes, possessions and liberty in the process. Takei and his family were interred in 1942 and released at the end of the war. 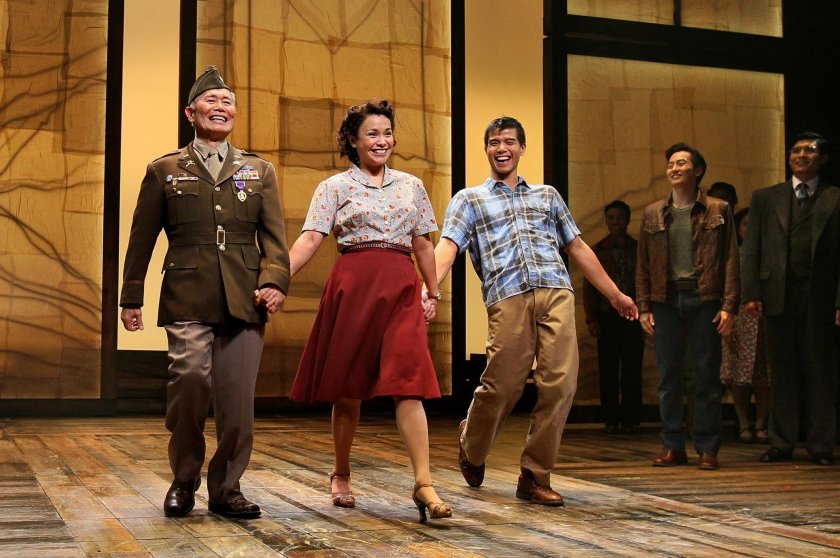 Takei will chronicle those experiences in a new graphic novel for IDW. It will follow the events of his life in the internment camp as well as his current activism for issues affecting the LGBTQ community. According to the actor, currently starring in the hit Broadway show Allegiance; “We live in uncertain times, and if stories such as mine can inspire us to do better and encourage positive change, I want to share it with as many people as possible, no matter who they are, or where they come from,” he said.

George Takei’s story could be a fascinating and intriguing look at a period of time in American history that many do not remember from the perspective of someone who can never forget.