In honor of the resurgence of film adaptations of the works of my favorite author Stephen King, I thought I would highlight my top five film adaptations of his works. They might not be your favorites and I invite healthy discussion about the picks, including which one you believe are the best of the prolific writer’s work. 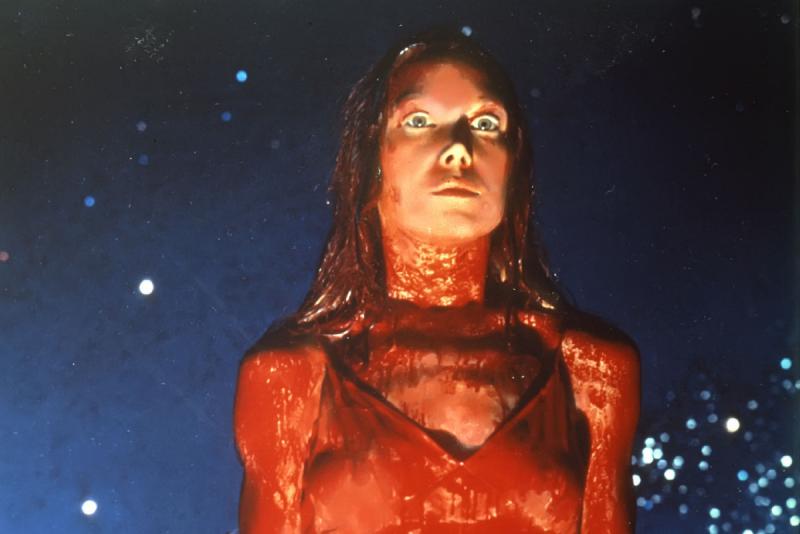 This is the first film adaptation of one of King’s novels and it is one that still holds up in my opinion. Based on the 1974 novel of the same name, Carrie is the story of Carrie White, a shy, quiet young woman who’s transition to womanhood is frought with emotional and physical pain as well as the emergence of powers that she doesn’t understand. The film, starring Sissy Spacek and Piper Laurie, remains one of the best overall horror films to the day. Spacek is sympathetic in the role of Carrie. You feel for Carrie as the world around her finds new ways to abuse and shun her to the point where you almost cheer the monstrous act she commits at the end of the film.

Piper Laurie’s performance as Carrie’s mother is chilling in its menace. You can see her ongoing madness develop throughout the film and the moments when Carrie just wants some understanding and tenderness from her mother even though she is continually abused by her is heartbreaking. Both the book and the film manage to capture the angst and fear of being a teenager as well as genuine terror in the overall story.

Another coming of age story from the master of horror. This film was based on a 1982 novella called The Body. The film starred River Phoenix, Wil Wheaton, Corey Feldman, Jerry O’Connell and Kiefer Sutherland in the story of a group of boys who decide to go on a journey to find the dead body of a local boy who went missing. As the boys travel along together, they discover things about themselves and their dysfunctional and abusive homes that make their journey and friendship more poignant.

What’s great about this film is how subtle the performances are from the principal cast. These are kids who have to carry the entire film, but everything they do in their interactions seems natural and real. None of the moments in the film seemed forced or over the top and there was real drama in how these kids react to the world based on how they were raised and how their home lives affect them.

The film, based on the 1987 novel of the same name, is probably one of King’s most personal stories to date. The story is about writer Paul Sheldon, a man who has gained enormous success as the writer of a series of romance novels featuring the main character Misery Chastain. After finishing the latest Misery novel, Paul is in a horrific accident. He is rescued by nurse Annie Wilkes who takes him to her home to recover. As he begins to learn more and more about his new saviour, he discovers that he is in more danger than he could ever have imagined from a fan who wants him to write exclusively for her.

This is an intimate, psychological thriller that takes place in one location. The performances of both James Caan as Paul Sheldon and Kathy Bates as Annie Wilkes are amazing. Bates would go on to win the Academy Award for Best Actress for her portrayal. The hobbling scene alone still goes down as one of the most disturbing scenes on film.

I consider this film not only one of Stephen King’s best adaptations, but one of my favorite all time films. Based on the 1982 novella Rita Heyworth and the Shawshank Redemption, the movie is the story of convicted murdered Andy Dufresne. Andy is framed for the murder of his wife and her lover and sent to Shawshank prison. As he endures the physical and psychological stress of being incarcerated, he discovers what it means to truly be free.

The film is sweeping and beautiful with amazing performances by Morgan Freeman, Tim Robbins, Clancy Brown and others. All of the characters are well done and the story allows for each actor to shine in his role. In the face of constant, soul crushing isolation, there is an undercurrent of hope that shines through every scene with Andy and Red.

Another psychological thriller. Another masterful performance by Kathy Bates. This film, based on the 1992 novel of the same name, is the story of Delores Claiborne. A woman who has spent most of her adult life as a domestic servant for rich recluse Vera Donovan in her mansion. When Vera falls down a flight of stairs in full view of a witness, Delores is suspected of foul play. As her estranged daughter Selena (Jennifer Jason Leigh) is called in to care for her, the secrets that she and her daughter share come rushing back to the surface. Complicating matters is the persistent intrusion of local police Detective John Mackey (Christopher Plummer), who suspects that Vera is not the only murder Delores Claiborne is responsible for. 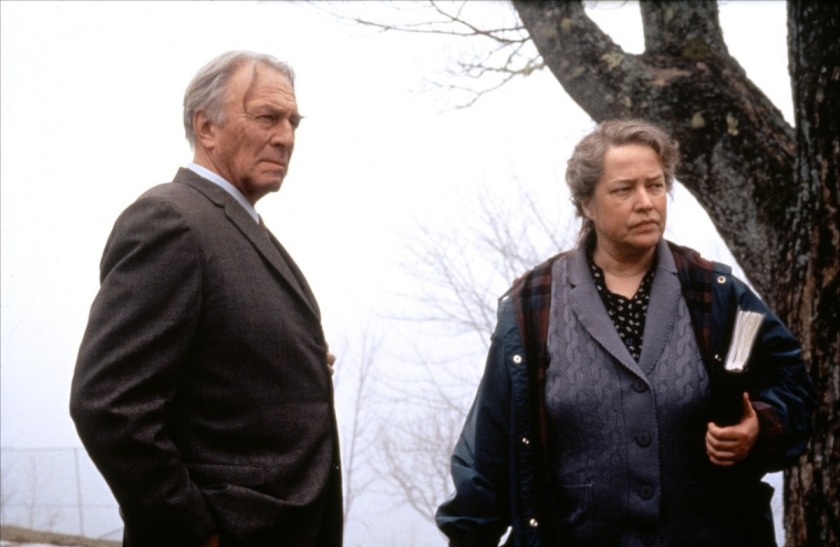 This film works on so many different levels. It is the story of domestic and sexual abuse, fear, isolation, determination and terror. Bates is masterful as Delores and conveys the vulnerability behind a woman who is hated by everyone around her including her own daughter, but who knows the ugly truth that no one wants to see. Delores has done everything in her life to protect her daughter and her secrets and she is willing and prepared to endure anything anyone can throw at her to continue to protect them.