The countdown has been on all day in the geek world right after the announcement that a new full length trailer for the highly anticipated Marvel movie Guardians of the Galaxy Vol. 2 was being released. Rumors and speculation ran rampant all day as to what James Gunn was going to present and the trailer does not disappoint. 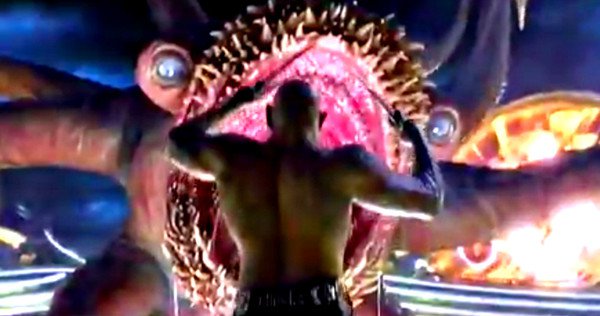 Not only is the trailer visually stunning, but there are genuine laughs throughout with Rocket and Baby Groot. There seems to be a genuine camaraderie between this band of characters and, while there is little of the overall story in the trailer, the movie looks like its going to build on those relationships. The introduction of Mantis and her scene in the trailer made me laugh out loud on top of the hilarious Rocket/Baby Groot scenes.

Guardians of the Galaxy Vol. 2 stars Chris Pratt, Zoe Saldana, Dave Bautista, Bradley Cooper, Vin Deisel and Kurt Russell. The movie, directed by James Gunn, will be released May 5, 2017. Let us know what you think about the trailer in the comments below.