The makers of the hit podcasts Serial and This American Life have introduced a new series that will have listeners bingeing each episode and possibly making their own podcasts based on this podcast. The podcast I am talking about is called S@#$ Town or S-Town for those with more conservative sensibilities.

S-Town is an engrossing series about a slice of life in the American south that chronicles the story of John Mclemore. A man whose life is full of triumph and tragedy. He contacts Producer Brian Reed to help him investigate a local mystery surrounding the death of a young man in a fight and the supposed cover up that follows involving the son of the richest man in the small town of Woodstock Alabama. What starts out as the premise of an interesting true crime story in a small town actually develops into a fascinating character study of a man who is a contradiction and who had a broader impact on the people he knew than even he realized. 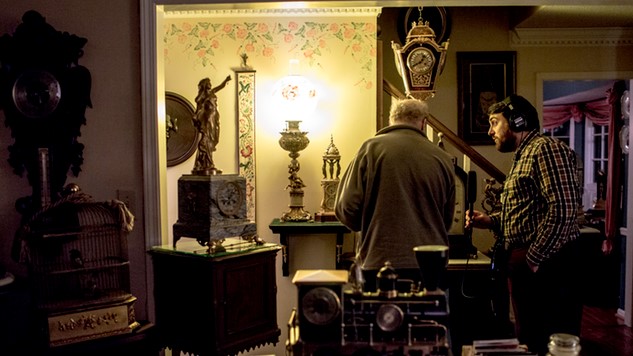 The seven episode series is an amazingly dense narrative that is descriptive in its depiction of the people who make up John’s complicated life. The people in the story are characters in their own right and the drama is primed for a big screen adaptation. I think the drama in the story could be brought to life by a great writer and director, but I want to start with the casting. As I listened to the series, certain people came to mind as being able to interpret these characters on the screen.

For the main character in the film, John Mclemore, there are a couple of actors who I think can really bring him to life and do him justice. The first actor I thought of was Chris Cooper. Cooper’s Academy Award winning performance in the film Adaptation reminds me so much of John Mclemore that I could see him standing in his makeshift lab, fiery red hair flowing as he goes into a diatribe about the state of the world and how much he hates his circumstances.

The other actor that came to mind to inhabit the complicated life of John Mclemore is Tony Award winner Denis O’Hare. Best known for his turns on multiple seasons of American Horror Story, including his unforgettable performance as Liz Taylor on the Hotel season of the series. His ability to lament the muted desires of a man with secrets is almost hauntingly similar to the personal issues that John Mclemore faced in his life.

The other person who made the most impact in the story was Brian Reed himself. The interactions he had with John and with the other people in the town were intriguing to listen to. You could almost feel his disgust when people he spoke to started using racial epithets and his genuine affection and concern for John were evident when he spoke about him with and to others.

I think the perfect actor to embody the role would be writer, director and actor Mark Duplass. I think Duplass has the right amount of elite detachment and interpersonal compassion to be able to pull off the role of an NPR host and producer. His performance in the movie Blue Jay is one of my favorites and shows a vulnerability that comes out in future episodes of the podcast, especially after he receives some devastating news.

I’m almost 100% sure that someone is Hollywood is listening to the podcast right now and thinking of all the ways that they can find a way to monetize it. I think S-Town would make an excellent film and if the would be producers are looking for a consultant, I am very easy to find.

Do you listen to S-Town? What do you think of my Fancasting of a potential movie? Who would be your choice to play these characters? Let me know in the comments below.

Jodie Foster and Benedict Cumberbatch star in ‘The Mauritanian’