The Geek world has lost one of its most beloved icons today. After days of speculation and an outpouring of love and support from communities and fans all over the world, Carrie Fisher died this morning at age 60.

Carrie Frances Fisher was born in Beverly Hills California October 21, 1956. The daughter of Hollywood royalty singer Eddie Fisher and actress Debbie Reynolds, Carrie began her acting career in the 1975 Warren Beatty film Shampoo. Two years later,  19-year-old Carrie would grace the big screen in her iconic role as Princess Leia Organa in Star Wars Episode IV: A New Hope. Carrie would reprise the role again in the sequels The Empire Strikes Back and Return of the Jed

She went on to star in films like The Blues Brothers, Hannah and her Sisters, The ‘Burbs, When Harry Met Sally, Soapdish and Maps to the Stars. She would reprise her iconic role of Leia Organa, now a General, in 2015’s The Force Awakens and the upcoming Star Wars Episode VIII, now in post-production. During this time, Carrie Fisher became a best-selling author of fiction and non-fiction titles including Postcards from the Edge (a book loosely based on her relationship with her famous mother) as well as its screenplay, her first memoir Wishful Drinking and the recently released The Princess Diarist.

Carrie Fisher discusses her role as Princess Leia in a clip from Wishful Drinking below.

On December 23, 2017, Carrie Fisher suffered a cardiac incident on a flight from London to Los Angeles. She was taken to UCLA Medical Center in critical condition. After initial reports that her condition was stable, there was an outpouring of support from the Hollywood community as well as her fans. She was joined at the hospital by her mother and daughter, actress Billie Lourd. Carrie Fisher died this morning at 8:44am PST according to family spokesperson Simon Halls. 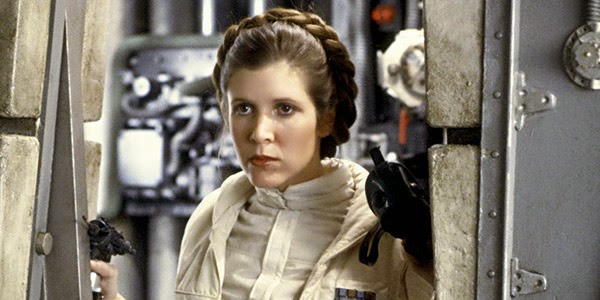